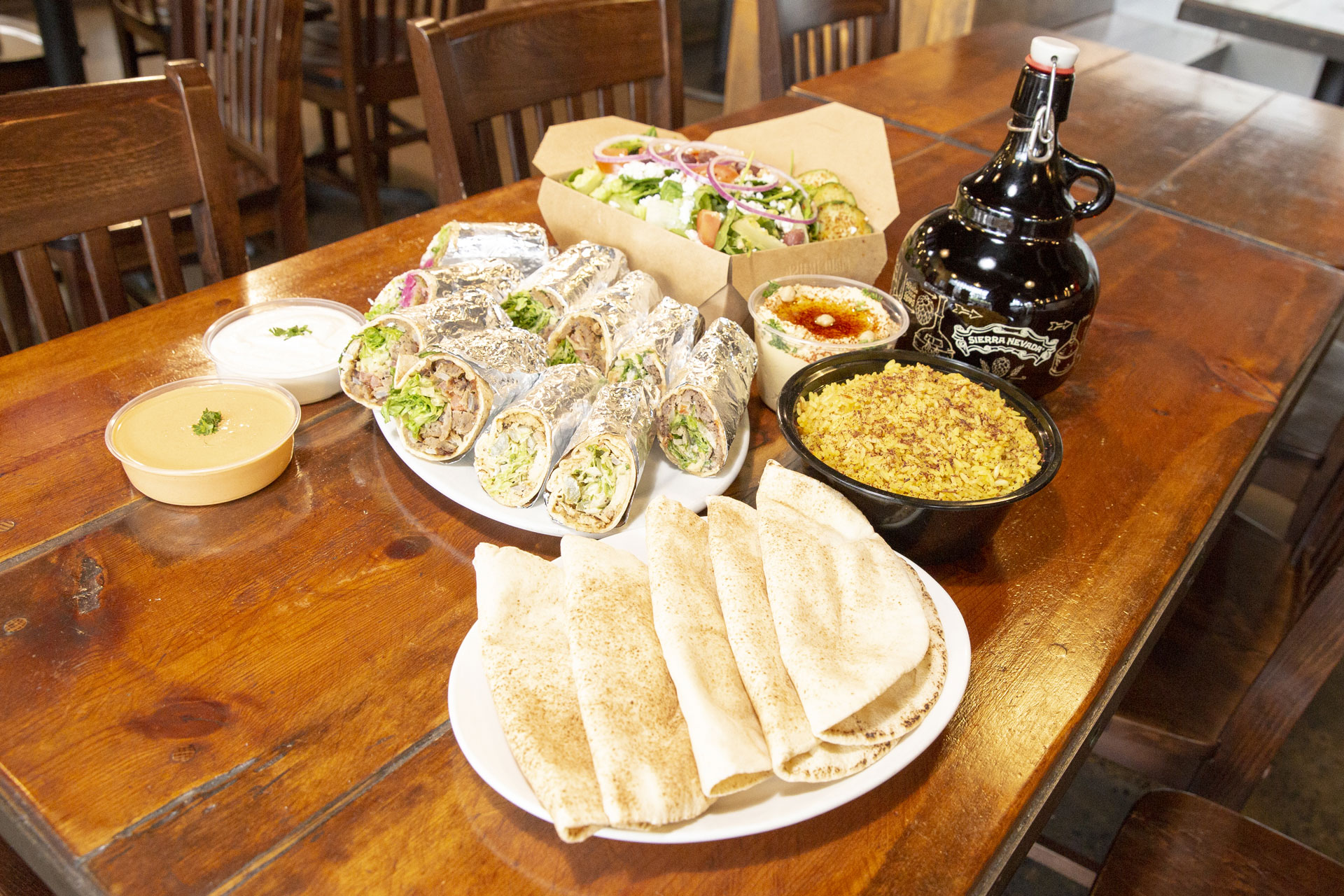 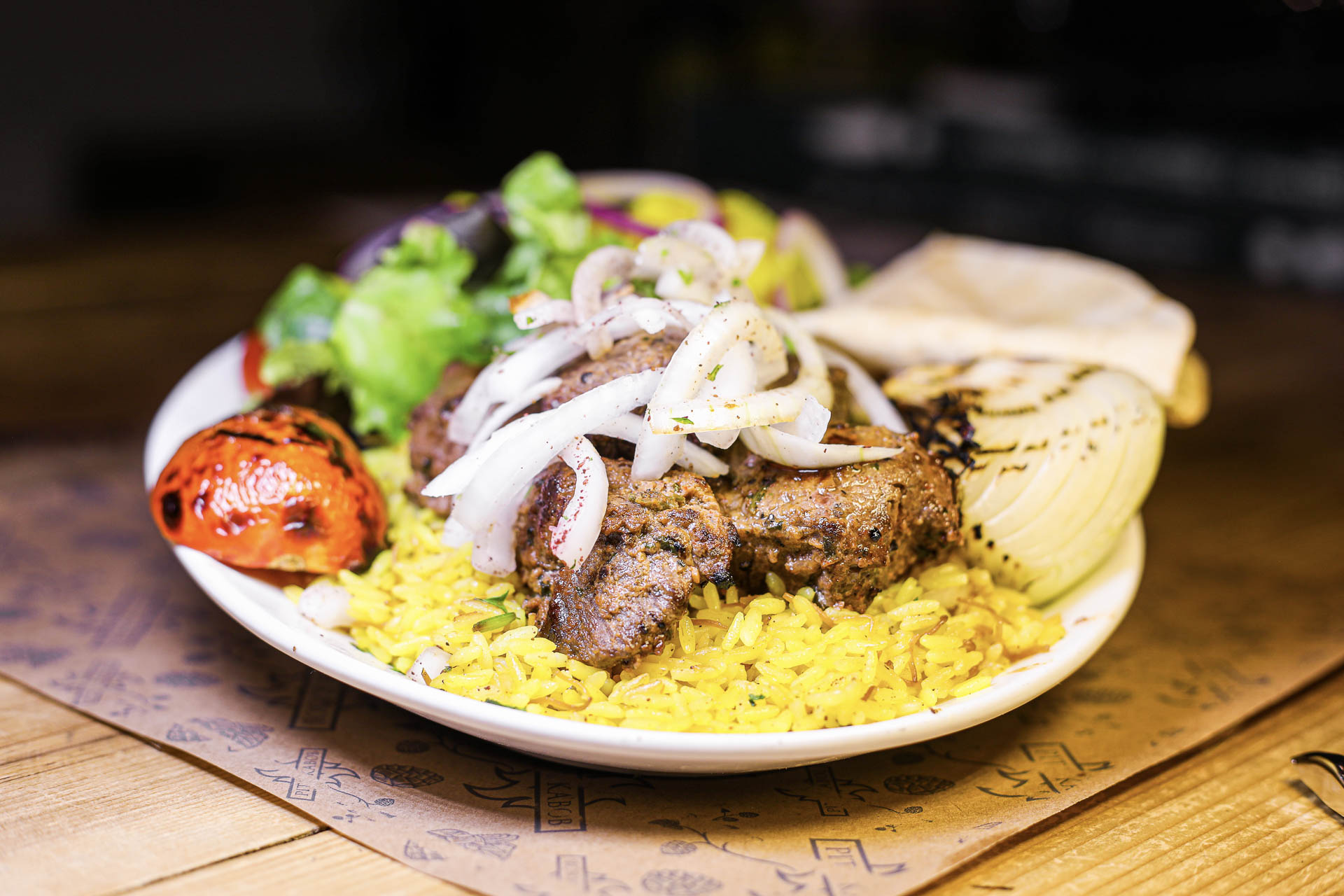 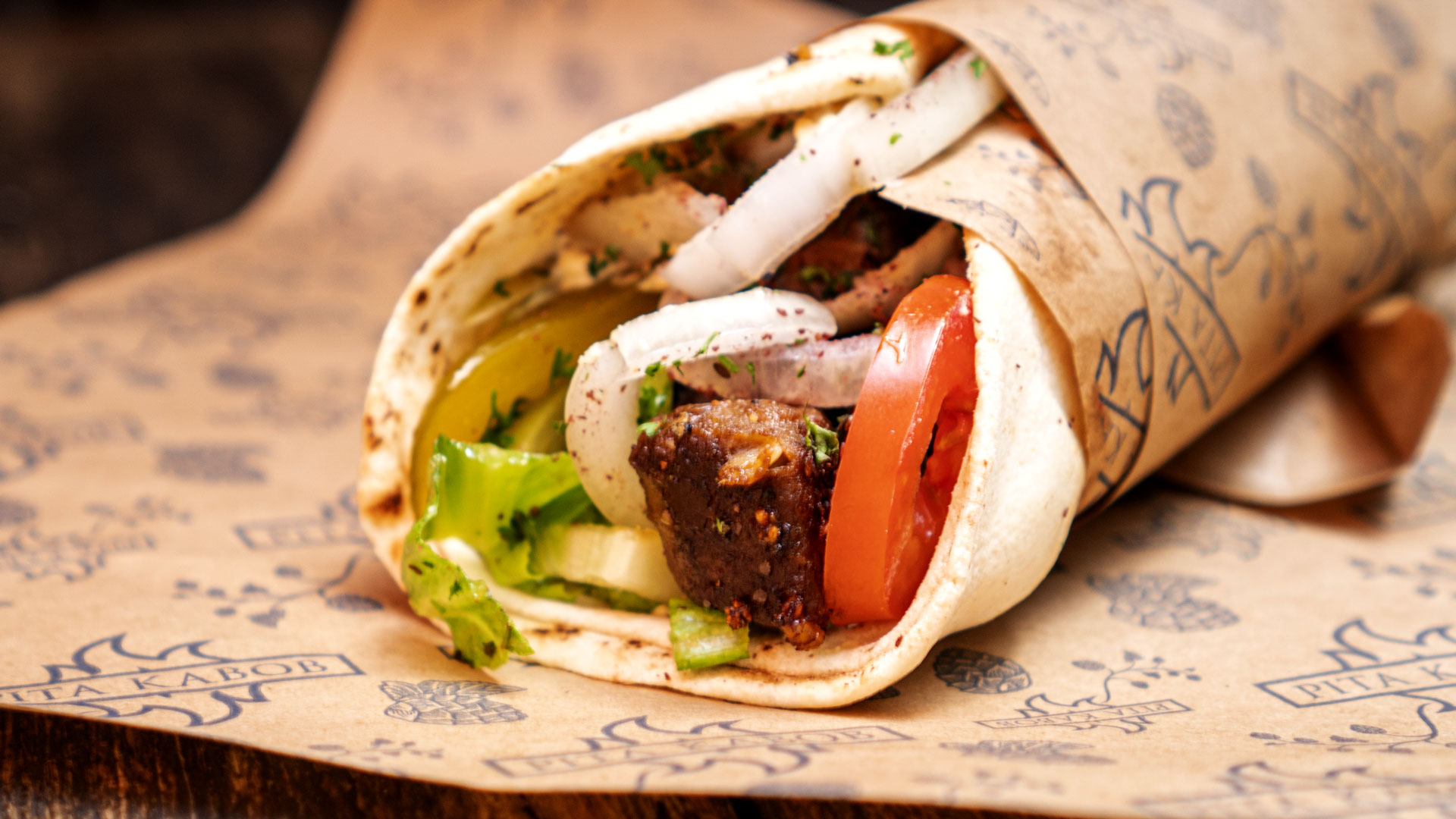 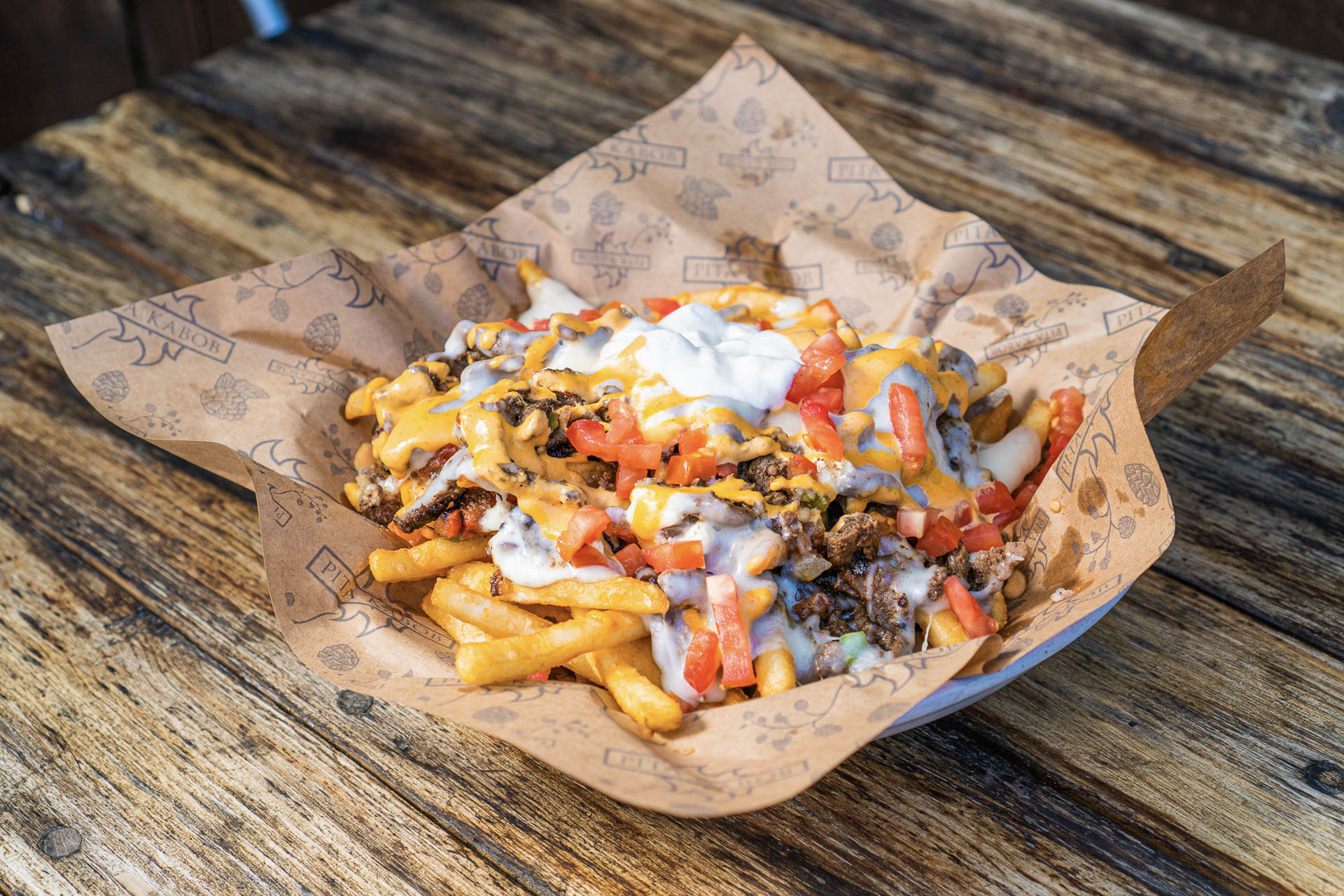 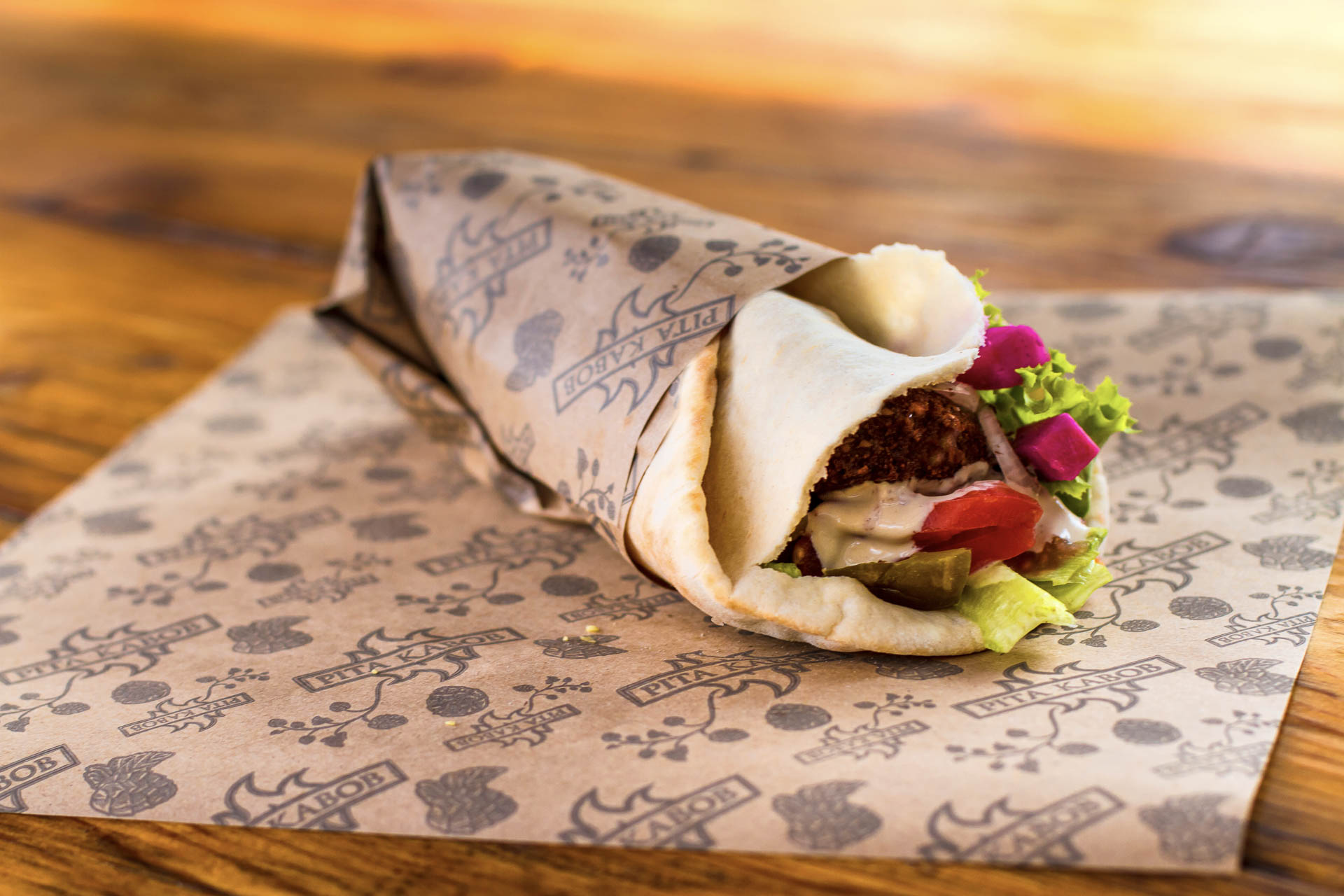 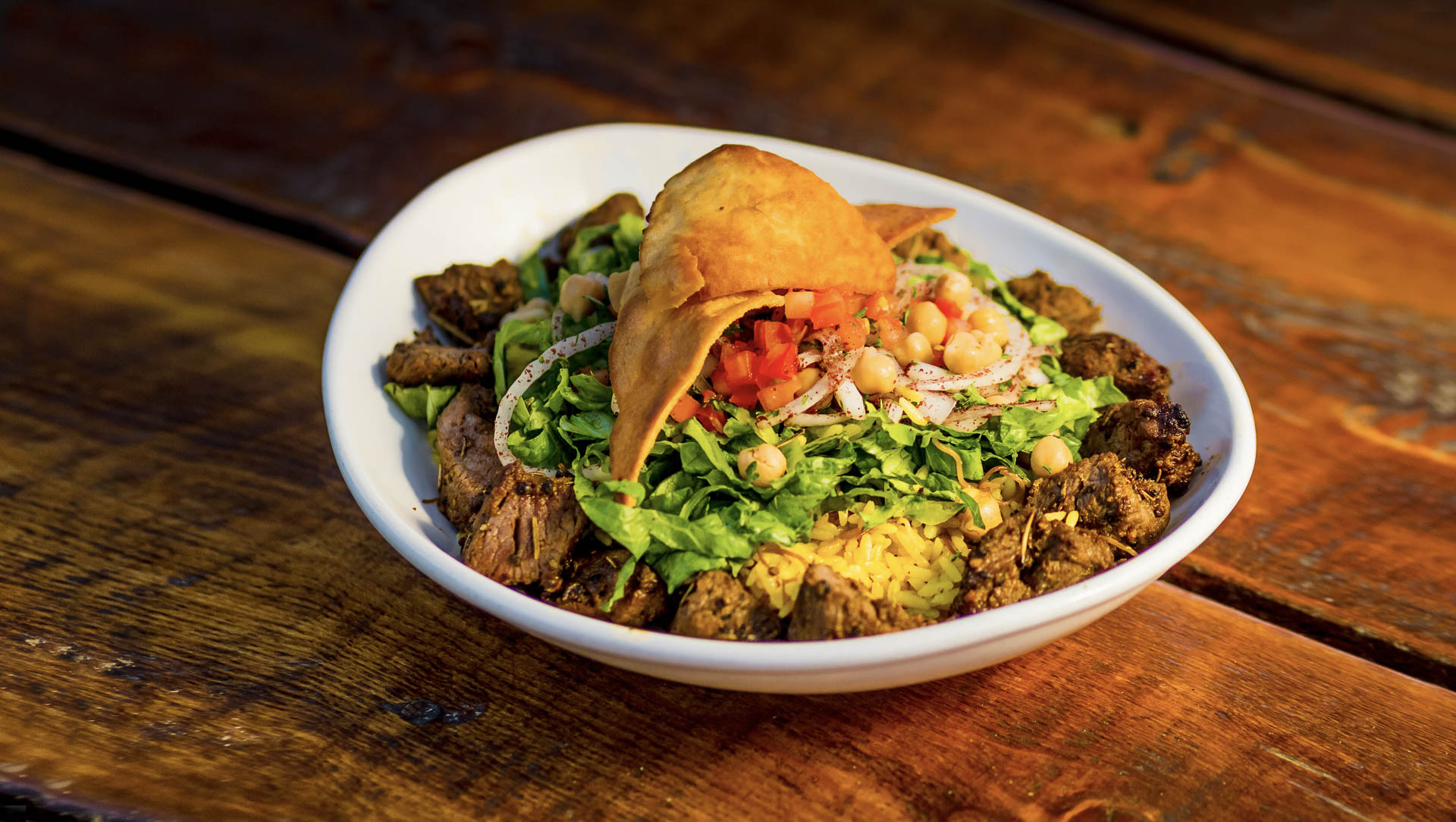 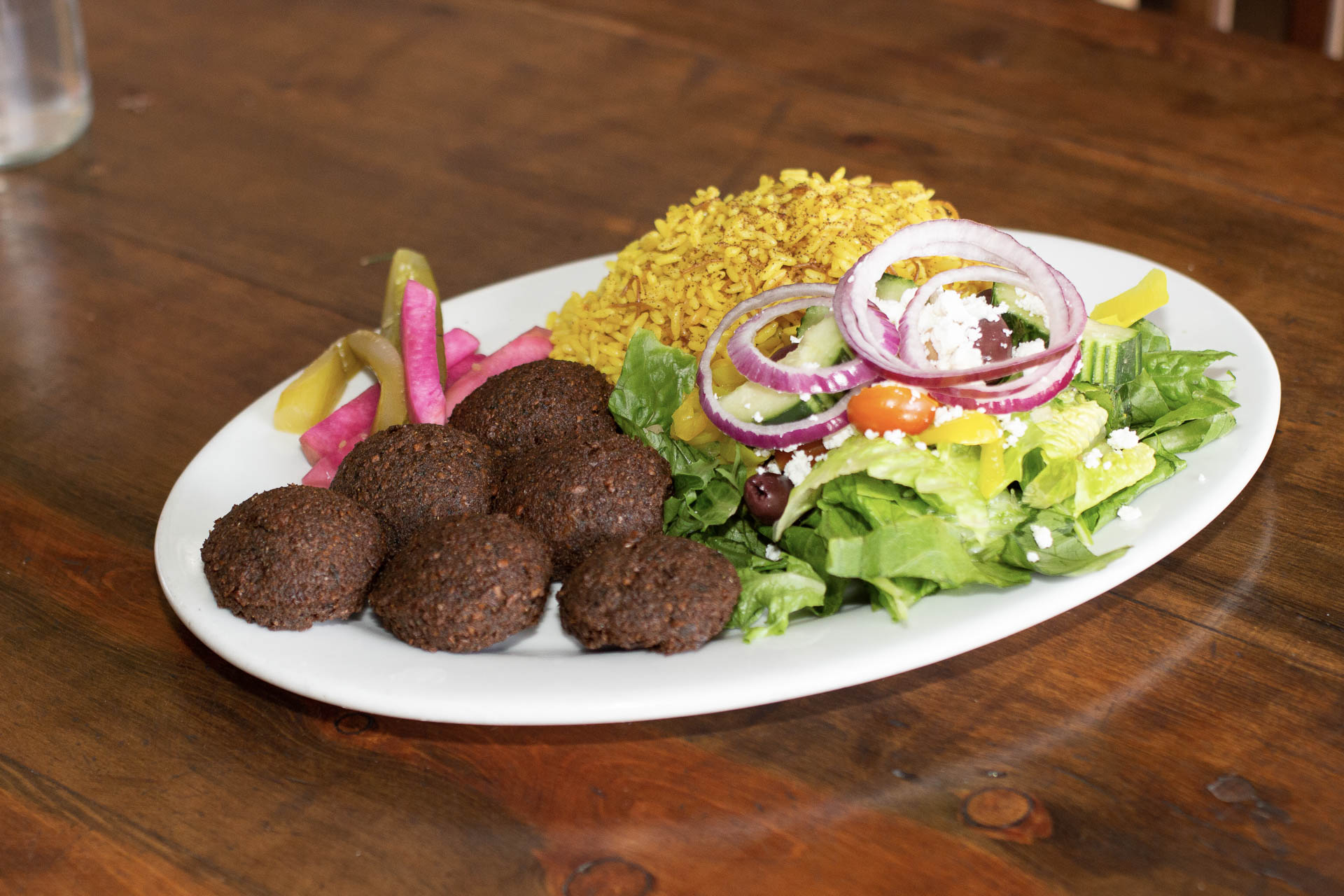 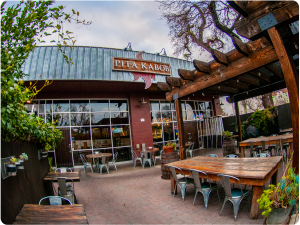 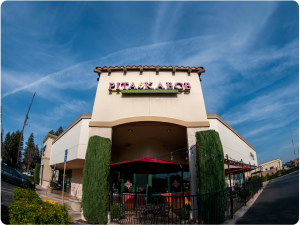 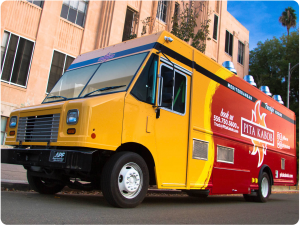 You can also follow The Pita Kabob Truck on Instagram or check our Truck Events calendar to see where we’re headed soon!

The food and service never disappoint! This is my all time favorite place to eat in Visalia. I also always choose it as my birthday spot to enjoy with friends and family. The atmosphere, service, and location are a huge added plus. My go to meal is the BFG Gyro, with a side  of hummus and pita chips. My husband also loves the Shawarma fires. Their garlic sauce is also super delicious  – which I add to my Gyro.

This place is gReat! The atmosphere is chill and laid back. The food is delicious, they have an oRder of gyro fries as an appetizer that we really enjoy! They also have a nice selection of beer. We’ve never sat outside, but it looks beautiful! The only downside is they close fairly early every night.

Happy hour 3-6 for the best brews and bites at a great rate. Craft beer is always fresh and constantly rotating kegs makes for a beer connoisseur’s dream.

I love Pita Kabob! We started going to the OG locale back in the day and it was such a great taste of home. Being from L.A., we ate kabob quite a bit and to have a good place here made the move a little less painful. Super fresh and LOVE the whole family! It can get pricey, but is well worth it!

I don’t know why for how long I’ve lived in Visalia I’m barely hearing about this amazingly delicious restaurant! But my have I came to love the shawarma out of it! Every thing is great & every bite is just like the first, delicious. I’m telling you Mediterranean cuisine is definitely one in my books. If you aren’t sure what to get then the first thing you got to try are their fries, who doesn’t love a good fry, their shawarma fries are delicious (lamb/beef) mixed.

Absolutely delicious! I highly recommend stopping by for a bite. I had the specialty pita wrap which had so much flavor. The rice pilaf had a good spice kick and went well with the pita. The food was fresh and very flavorful. They appeared to have a good assortment of beers as well.

FROM OUR FAMILY, TO YOURS

The Dada Family began in 1996 with a small grocery and deli that eventually started dishing up some delicious kabobs, shawarma, gyros, and falafels. In 2004, The Dada Family decided to relocate and emphasize on the cuisine which then gave birth to the idea of having a restaurant named Pita Kabob & Grill, which is often referred to as Pita Kabob or PK.

In 2008, Pita Kabob opened their second location—Pita Kabob Mediterranean Fusion Grill—and continued to innovate and grow by maintaining to their core principles: To deliver legendary service to their customers through consistency in fresh food and high quality, clean and friendly atmosphere. Being rooted in our community is very important to us.

In 2014, Pita Kabob opened their newest location in Downtown Visalia—Pita Kabob Mediterranean Gastropub— to rave reviews. It has become the central hub of craft beer seekers in Visalia! With 31 taps, an ever-changing bottle and can selection and rustic atmosphere, it’s a place unlike any other in the city of Visalia.

Any cookies that may not be particularly necessary for the website to function and is used specifically to collect user personal data via analytics, ads, other embedded contents are termed as non-necessary cookies. It is mandatory to procure user consent prior to running these cookies on your website.